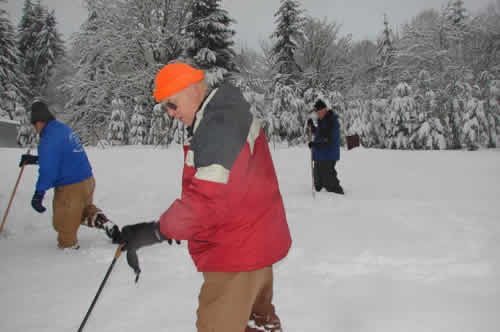 A 52 year-old male was reported missing from his house in Toutle On December 20th. He was thought to have left the house on foot during a snow storm. Wahkiaklum Search & Rescue received a mutual aid request from Cowlitz County and joined the search on December 22nd. The area was gridded and each zone searched, but the two - foot blanket of snow and deep drifts made it difficult. All search participants received wonderful support including three hearty and delicious meals.

The Wahkiakum team concluded its efforts around 4 p.m. At nightfall the authorities officially called off the search.